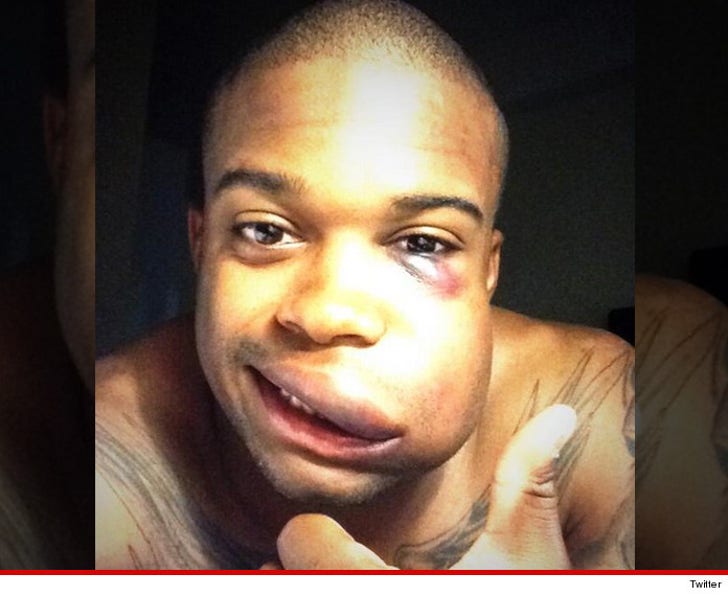 Delino DeShields Jr. -- the minor leaguer who became an Internet sensation after being hit in the face with a 90mph fastball -- tells TMZ Sports ... he's well on the road to recovery -- thanks to a strict liquid diet.

Actually, what he said was ... "mmmmrrrpphhhhhmrrphhhh" ... but he was kind enough to send us some text messages about his health. 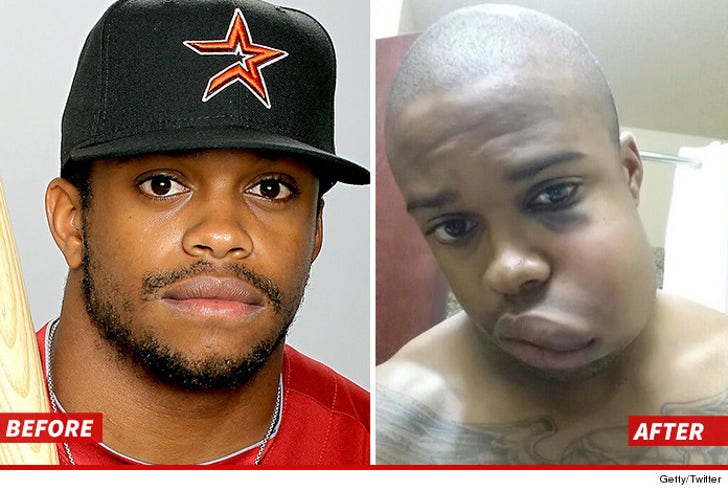 Here's how our convo went:

TMZ Sports: What are you eating?
DD2: "I'm drinking Muscle Milk. That's all I can really have right now. I'm gonna be sick of it in a couple days lol. I can eat real food whenever my teeth don't hurt to chew."

TMZ Sports: Are you drinking out of a tube?
DD2: "Nah, my mouth isn't sewed shut lol. I can drink out of a bottle, I just have to make sure it don't run out of my mouth lol."

TMZ Sports: It's a terrible looking injury ...
DD2: "Yeah, but I can look back at it and see how blessed I was that it wasn't worse, you know?"

TMZ Sports: Were you scared your face was going to be permanently messed up?
DD2: "I thought the nerves in my face were destroyed because my face was numb, but I'm getting feeling back so that's good."

TMZ Sports: When will you play again?
DD2: "I could've played the day after, but my team is being extra cautious. It will be a couple of weeks."

DELINO ENDED WITH... "You should show some before and after pics so people don't think I'm a freak lol"