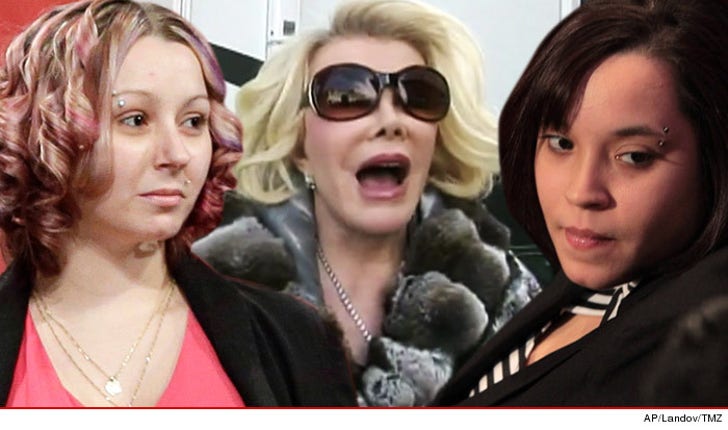 Joan Rivers is scoffing at the 2 women who were held hostage in a Cleveland, Ohio basement ... telling TMZ they shouldn't complain -- "They got to live rent free for more than a decade."

The women are pissed at Joan's comments on the "Today" show this week ... when she talked about her daughter's guest room, saying "Those women in the basement in Cleveland had more space."

The women -- Amanda Berry and Gina DeJesus -- came out swinging, saying they were shocked and disappointed at the "hurtful" comment.

Joan tells us she WON'T apologize, telling them to lighten up, adding, "One of them has a book deal. Neither are in a psych ward. They're ok. I bet you within 3 years one of them will be on Dancing with the Stars."

And Joan says, plenty of comedians have done schtick about tragic events like Hitler's terror and the sinking of the Titanic. Joan says, "The TV the guy gave them must not have had SNL."