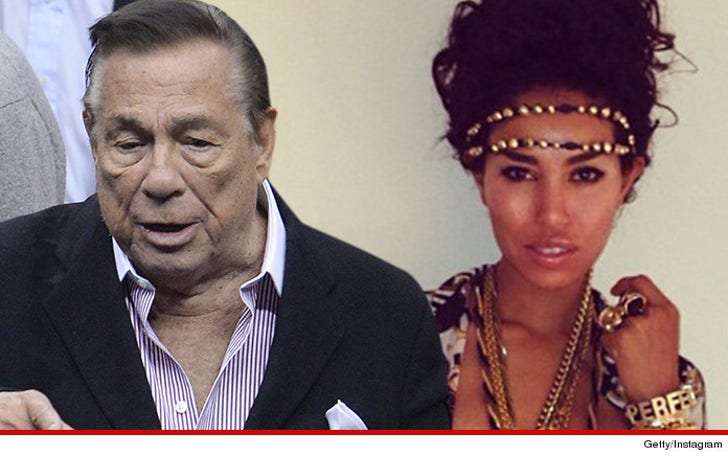 Donald Sterling contacted his ex-girlfriend Sunday and asked her flatly, "How can we make this go away?" ... sources connected with Sterling tell TMZ Sports.

Our sources say ... Sterling is keenly aware V. Stiviano is in possession of more than 100 hours of recordings ... some of which are extremely damaging to Sterling's reputation.

Our sources say Stiviano told Sterling to call her lawyer ... and thereby opened the door to settlement discussions. It's obvious the incentive for Sterling is to make sure the rest of the tapes never see the light of day.

We know Stiviano is extremely upset that the Clippers and Donald Sterling publicly embraced a lawsuit filed by Sterling's wife Shelly against Stivianio, claiming she stole $1.8 million from Donald.

As for why Stiviano taped so many conversations ... as TMZ Sports reported, she told friends the Clippers owner WANTED her to record him and he knew he was being recorded ... partly because he frequently forgot what he said and the tapes refreshed his memory ... at least that's her story.

And this is interesting ... on Stiviano's Instagram page, she constantly tagged photos with "#RandomHouse" and "#Simon&Schuster" ... both large book publishing companies.

Sources connected with Stiviano tell us ... she IS in the process of writing a book "about life" -- but she insists it is not about Sterling.