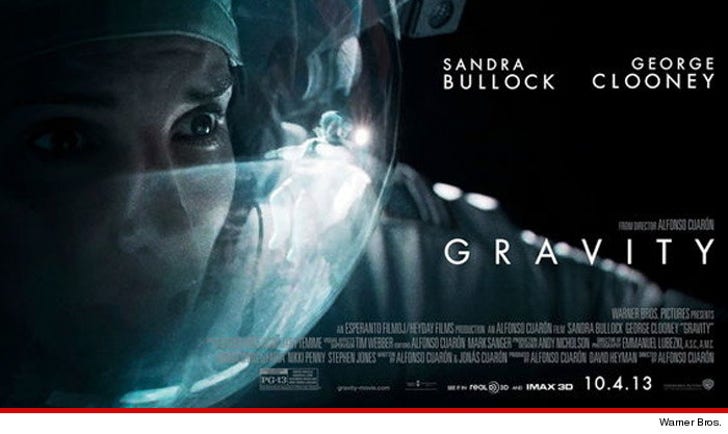 A best-selling novelist says she's the victim of sabotage ... by a spy from within who helped Warner Bros. create the Oscar winning flick, "Gravity."

Tess Gerritsen -- who also wrote the "Rizzoli & Isles" crime books -- says she sold the rights to her book, "Gravity" in 1999 to New Line Productions ... but says efforts to develop it into a movie fizzled.

Fast forward years later ... Gerritsen says she was aware of the Sandra Bullock movie, also called "Gravity," but at first thought the similarities to her book were coincidental.

Gerritsen claims while she tried to make her book into a screenplay she wrote new material ... scenes that included a space station being demolished by debris and the female astronaut drifting untethered through space.

Gerritsen had a weird feeling about it ... and her worst fears were confirmed when she found out someone connected to her screenplay ended up working on Bullock's "Gravity."

Another reason she's pissed -- "Gravity" pulled in more than $700 million.

Gerritsen wants a piece of THAT debris, so she's suing Warner Bros.

12:29 P.M. PDT -- The studio just gave us this response: Warner Bros. declines comment beyond noting the statements made by Ms. Gerritsen in an October 8, 2013 news story: “Yea, 'Gravity' is a great film, but it's not based on my book," Gerritsen said, noting that she saw the movie in Bloomington over the weekend. "Alas, the movie is not based on my book, despite the similarities," she concedes.”