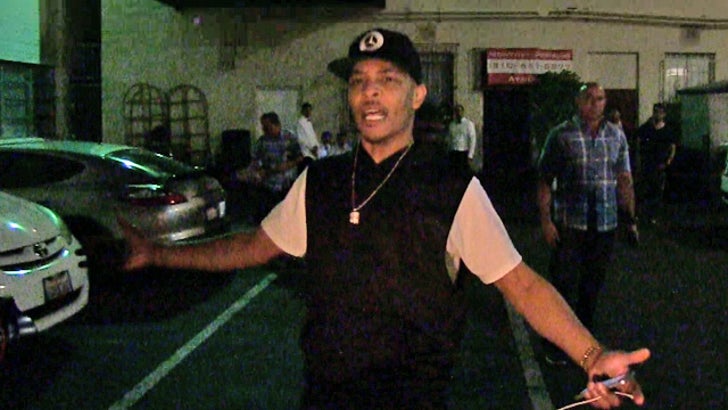 T.I. should have logged on to TMZ yesterday ... because he's acting like he doesn't remember that epic fight outside Supperclub that ended with a tense standoff between himself and Game on one side and a bunch of LAPD cops on the other.

T.I. was leaving Mastro's in Bev Hills Wednesday night when we asked him if he thought the violence would now escalate at the club. He's kinda blaming the photog ... calling him a snitch -- we're guessing because the video ended up on TMZ.

The good news -- no violence at T.I.'s Supperclub of choice Wednesday night.