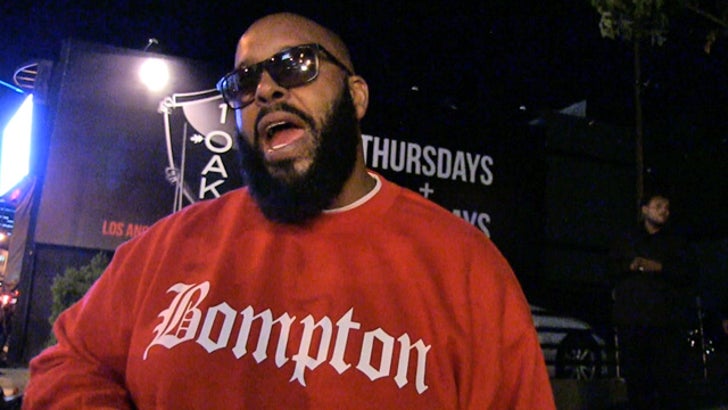 Suge Knight just fired a metaphorical shot at P. Diddy ... telling us he's a "bitch ass" who should be getting more heat for plotting to kill Tupac Shakur.

Suge was leaving 1Oak last night when he unleashed a rant about the Tupac shooting, saying ... "Everybody know off the top, I ain't the n**** killed Tupac. I'm the n**** protected Tupac!"

Then he points a finger directly at Diddy -- "Bitch ass Puffy can get him a mutha******* star (on the Walk of Fame), and every rat in the world say he's the one who killed Tupac, or had him shot."

Something Went Wrong
You gotta hear Suge go in even more on "rats" in general ... and Diddy in particular.