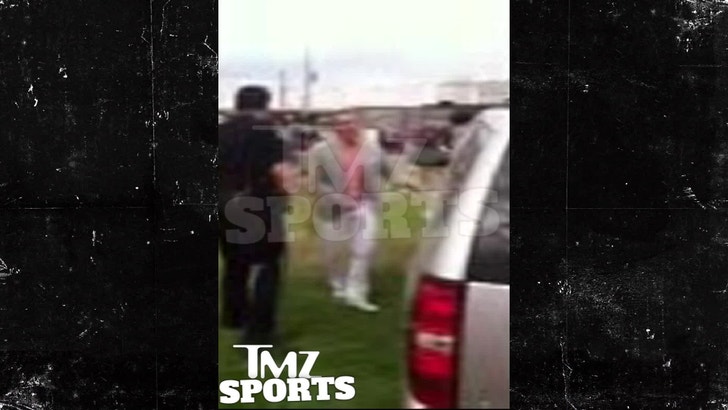 5/5 -- We finally saw some high quality footage ... and turns out, it ain't Tom Brady ... just a guy who kinda sorta looks like him in grainy video.

Other guy is definitely Wes Welker though ... so, there's that.

Wes Welker and Tom Brady have apparently REUNITED ... all in the name of messin' with a guy who was allegedly peeing in public outside of Churchill Downs ... and TMZ Sports has the super-grainy video.

Welker -- in the white pants -- is in town for the Kentucky Derby ... in fact, he had a horse (named "Undrafted") running in a sprint race on Friday. We know Brady is in KY as well.

But outside the track, Welker -- and a guy we're told is Tom -- were hanging out by an SUV where one of their pals appeared to be peein' like a racehorse on the side of the whip.

So, Welker and guy-who-is-possibly-Brady ... channeling their inner-Gronk -- did what any bro would do to another bro in the same situation ... they pushed him and shook him so he would pee all over himself.

Eventually, they all piled into the SUV and drove away ... and, for the record, the pee'er never washed his hands. 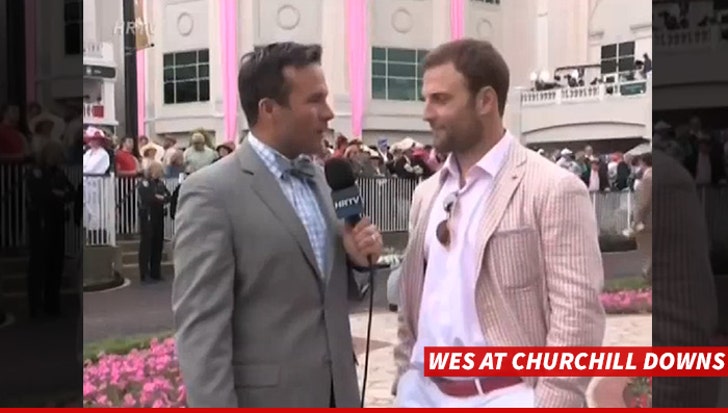