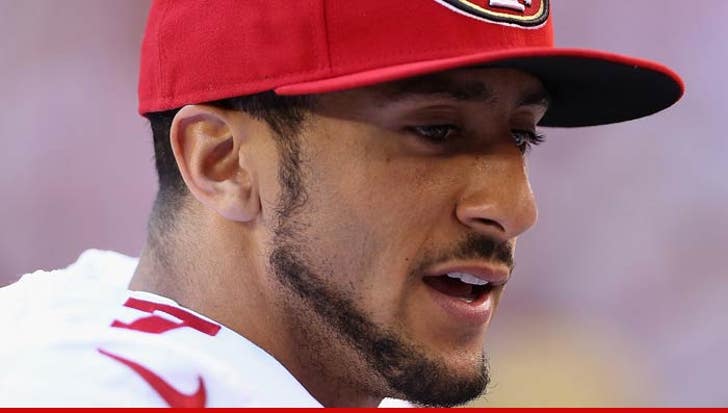 Kaepernick just went to Twitter and posted, "On 911 calls, I'm glad the truth is getting out. Info that came out earlier was totally wrong. I look forward to this matter being resolved."

We broke the story ... officials released both calls that were made from the apartment the night of the alleged incident ... with both callers saying a naked woman was laying on a bed and refusing to leave.

One of the callers, Seattle Seahawks receiver Ricardo Lockette (who is also listed as a "suspect" in the police report) ... told the 911 operator the woman stated she would not leave the apartment until she spoke with an unnamed man (presumably Kaepernick).

Lockette said the unnamed man was NOT her boyfriend, but "someone she wants to sleep with."

Officials say they are still investigating the situation -- and have not released the results of the rape kit or any other tests administered on the woman.