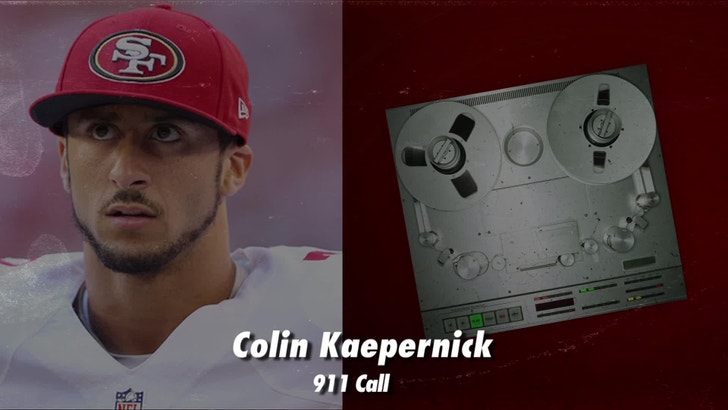 TMZ Sports has obtained the 911 calls connected to the Colin Kaepernick sexual assault investigation -- in which both callers say a naked women is refusing to leave the Miami apartment where the alleged incident occurred.

The two calls were made around midnight on April 2nd by two men -- one who identifies himself as "security" and another by a man who claims to be a friend of the person who lives in the apartment.

Both callers report a black woman is laying naked on a bed in the apartment and is refusing to leave until she speaks with a certain unnamed man.

The second caller (reportedly identified as Ricardo Lockette) says he doesn't know the woman's name. He says the woman came over to visit an unnamed person -- and the caller makes it clear that man is "not her boyfriend."

The caller then says, "He’s someone she wants to sleep with."

It sounds like the first caller tells the 911 operator that the woman is identifying herself as "Jesus."

We broke the story ... Kaepernick was named a suspect in a sexual assault investigation ... along with 49ers receiver Quinton Patton and Seattle Seahawks receiver Ricardo Lockette.

The woman told police she smoked pot at the apartment ... then started to hook up with Colin and even got undressed -- then blacked out and woke up in a hospital bed.

We're told cops spoke with the woman at the hospital and a rape kit was administered. We were not told the rape kit results.

Kaepernick has denied any wrongdoing in the situation.

The investigation is ongoing. No arrests have been made and no charges have been filed.