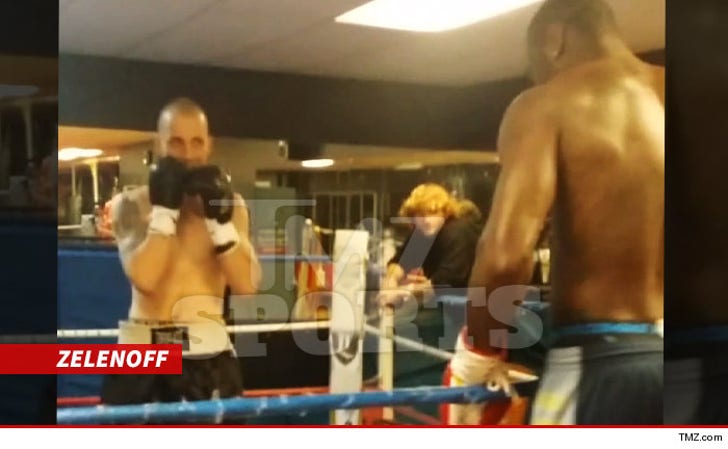 The Internet troll who got his face BLOWN UP in a real-life fight with boxing champ Deontay Wilder last week claims it was just a "lucky punch" ... and wants a rematch to prove Wilder's just a "phony."

"I was caught off-guard. He just got lucky," Charlie Zelenoff tells TMZ Sports.

We broke the story ... Wilder put a serious hurtin' on wannabe fighter Charlie Zelenoff in a Hollywood boxing gym last week. Wilder claims Charlie had been harassing him through texts, phone calls and online for years -- calling him the n-word and threatening to harm his daughter.

Zelenoff didn't deny the harassment -- in fact, he documented some of the phone calls on YouTube -- but insists he's not a racist.

Zelenoff says he wants a rematch with Wilder to prove the knock-out was just a fluke -- even though Deontay claims he made his point and WON'T fight the guy a second time.

Don't worry, Charlie has a Plan B -- "Bring on Floyd Mayweather Jr. ... I've got something coming for him too."