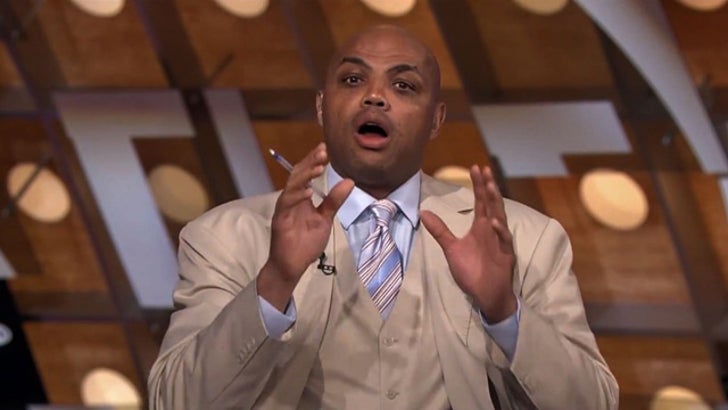 Charles Barkley says HELL WILL FREEZE OVER before he apologizes to the fat community for making fun of the large women of San Antonio ... claiming, "That's not gonna happen."

Barkley came under fire from MULTIPLE obesity organizations after he went on "Inside the NBA" and said S.A. is a "gold mine" for Weight Watchers because the women there are so huge.

But last night, Sir Charles addressed the situation head on -- saying, "They want me to apologize? That's not gonna happen."

In fact, Charles doubled-down on the fat jokes ... and took even more shots ... telling his critics if they don't like what he's saying on the show, "Turn it off."