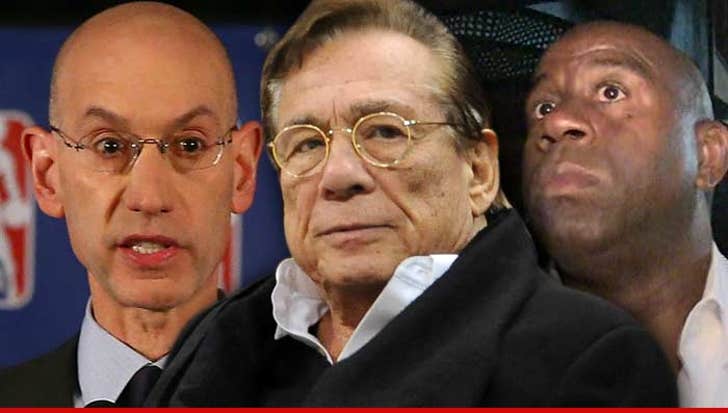 NBA Commissioner Adam Silver says he feels TERRIBLE that Donald Sterling keeps dragging Magic Johnson through the mud ... and has issued an apology to the Lakers legend on behalf of the league.

After Sterling went on CNN and spewed more garbage about Magic -- including saying Magic should be ashamed for catching H.I.V. -- Silver immediately went into damage control mode.

"I just read a transcript of Donald Sterling’s interview with Anderson Cooper," Silver said last night ... "and while Magic Johnson doesn’t need me to, I feel compelled on behalf of the NBA family to apologize to him that he continues to be dragged into this situation and be degraded by such a malicious and personal attack."

He continued, "The NBA Board of Governors is continuing with its process to remove Mr. Sterling as expeditiously as possible."