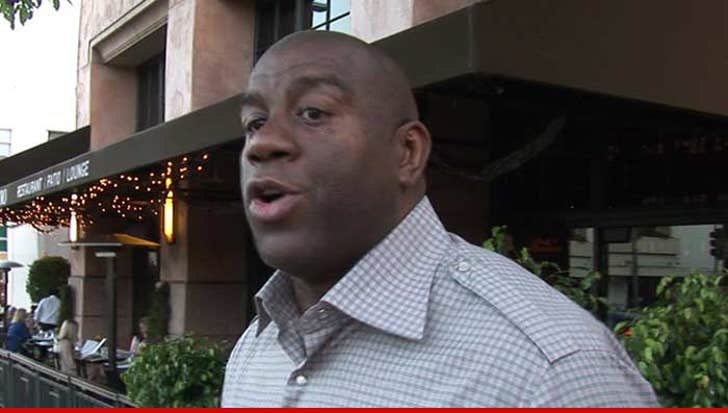 Magic Johnson did NOT call Donald Sterling to lull him into silence after TMZ Sports released the audio ... it was Donald who called Magic ... trying to use him as a prop for a Barbara Walters interview ... sources connected with Magic tell TMZ.

Our sources -- who know exactly what went down -- tell us ... Donald called Magic the Monday after TMZ Sports posted the audio and said he wanted Magic to sit with him for the Walters interview as a show of support. We're told Magic scoffed at Donald and ended the call.

As for Sterling's claim Magic somehow knew Stiviano and this may all have been a plot, our sources say that's a flat out lie ... Magic did NOT know Stiviano from Adam. We're told Magic in NO WAY was scheming to buy the Clippers.

One more thing ... we're told Magic was so incredulous Sterling had called him ... Magic's lawyer immediately called Sterling's attorney to inform him any calls to Magic were unwelcome.