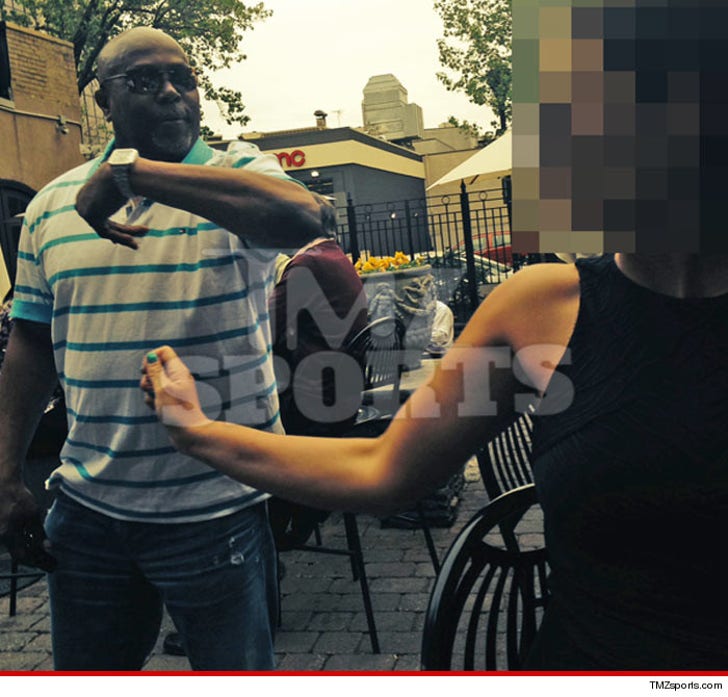 NY Jets defensive coordinator Dennis Thurman is under investigation for allegedly SLAPPING a woman at a New Jersey restaurant earlier this week ... this according to a police report obtained by TMZ Sports ... and we obtained photos taken during the heated exchange.

A 28-year-old woman has filed a police report with the Morristown PD, claiming she was at the outdoor bar at Pazzo Pazzo restaurant on Wednesday afternoon when she encountered Thurman.

According to the report, 58-year-old Thurman began hitting on her and offering her drinks -- but she made it clear she was not interested.

At that point, the woman claims Thurman "showed an aggressive demeanor toward her" and then "out of nowhere, Thurman slapped her across the face." 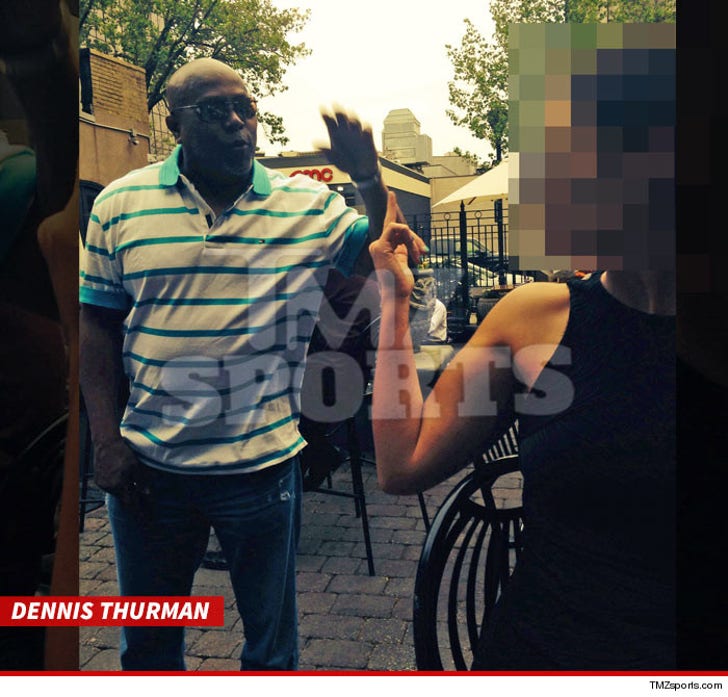 The woman says she was shocked and blurted out, "You just hit me."

TMZ Sports obtained 2 photos taken during the encounter -- one of which shows the woman flipping Thurman off moments before the slap ... and another photo appears to show Thurman following through after the alleged slap.

After the alleged slap, the woman claims Thurman -- who played 8 years in the NFL as a defensive back -- threw his hands up in the air and left the area.

The woman claims she was not injured during the incident, but filed the report out of concern Thurman would strike other women in the future.

We reached out to the Jets -- so far, no comment.