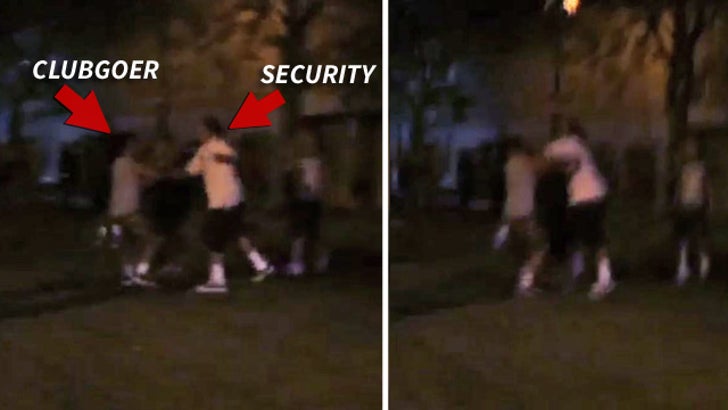 Hollywood clubgoers got body slammed HARD last night in a showdown with security guards at Lure Nightclub ... and the brawl was captured on video.

Watch the video ... you see the bouncers -- the guys in white polo shirts and black shorts -- slam a couple of partyers outside the club's weekly 'Do Over' party. The civilians get in a couple of shots too.

This brawl comes on the heels of the Supperclub brawl involving The Game, T.I., their posses and LAPD officers -- and just days after Game claimed cops were pressuring Lure to ban rappers and minorities.

As we told you ... Game squashed his beef with Lure and partied there Saturday.

Sundays are a whole other mess.

Fights Party All The Time