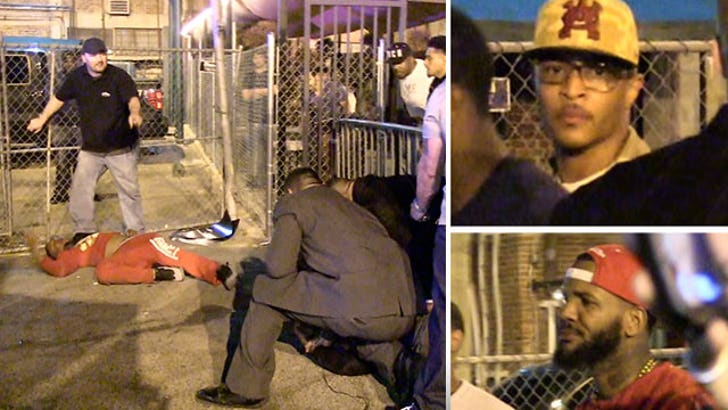 The Game and T.I. were in a super-tense standoff with LAPD after a VIOLENT fight at an L.A. club early Wednesday morning.

A group of guys -- who we're told are "mutual acquaintances" of both Game and T.I. -- were denied entrance at Supperclub. The guys began arguing furiously with security when one member of the posse threw a punch at a security guy. You hear the punch at the beginning of the fight video.

Security for the club then descended on 2 members of the posse, beating them to a bloody pulp ... at one point kicking one of them in the face while he was down.

LAPD cops were present during part of the fight ... as were off-duty officers who were working at the club. 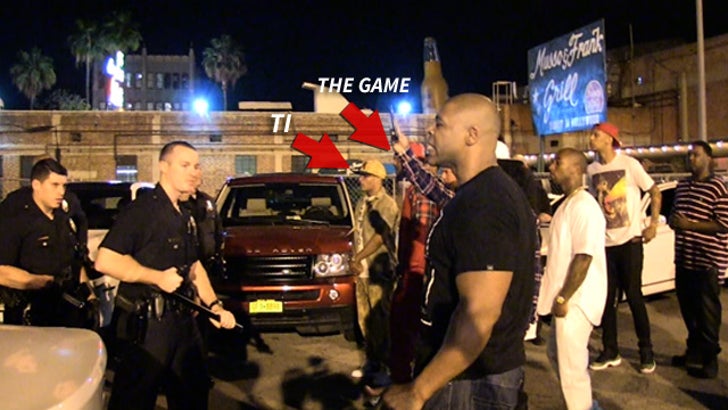 That's when an angry T.I. and Game stormed out of the club ... mistakenly believing COPS beat their guys up. They got into it big time with the LAPD and that's when the standoff begins.

You gotta watch the standoff ... it is intense and on the edge of erupting into violence.

The 2 injured men were taken to LAPD's Hollywood division but no one wanted to file charges so they left.

You hear people screaming "Bloods" and "Crips" in the video ... but we don't know if this was gang related. But it was definitely bad. 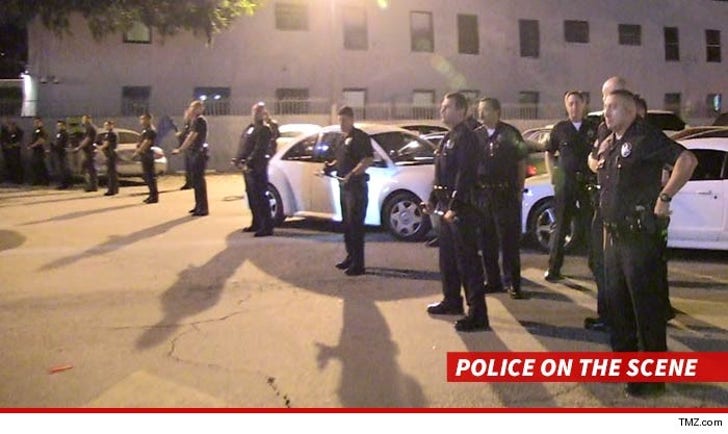