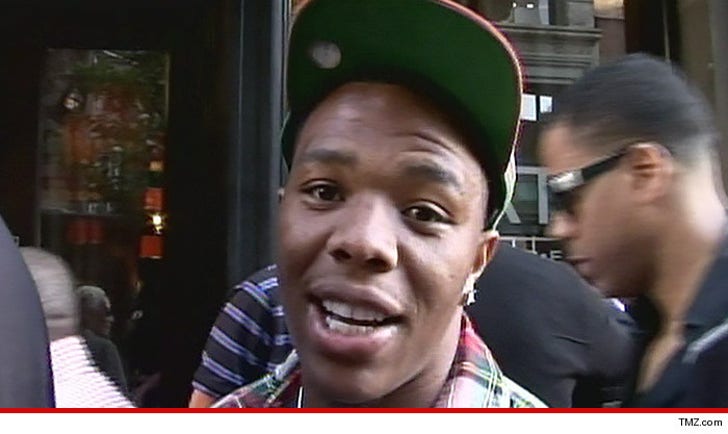 Baltimore Ravens running back Ray Rice has struck a deal with prosecutors that could keep him out of jail for allegedly KOing his then-fiance in an Atlantic City casino ... but there's one big catch.

Rice was accepted into a pretrial intervention program on Tuesday -- a program that allows defendants to avoid prosecution pending the completion of a specific set of rehabilitative conditions.

Officials wouldn't give any specific details on Rice's program -- only saying that it will last one year ... and he MUST stay out of trouble during the course of the PTI.

If he can satisfy those requirements, prosecutors will drop the 3rd degree aggravated assault charge.

Rice's attorney told ESPN, "We're very happy with the result. We're glad that the court and the prosecutor's office agreed PTI was the appropriate disposition for the case."

As we previously reported, Rice was arrested on February 15 after allegedly beating up Janay Palmer (who he later married) at the Revel Casino in Atlantic City, NJ.

TMZ Sports published video showing Rice dragging Palmer's unconscious body out of a casino elevator ... but Rice's attorney insisted there was more to the story than meets the eye.