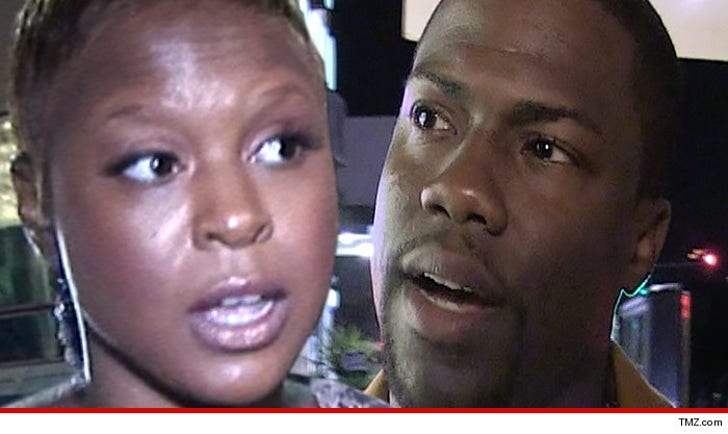 Kevin Hart's version of how his marriage ended is all wrong -- so says his ex-wife, who refuses to back down ... telling TMZ he cheated with his present girlfriend ... no matter how he tries to spin it.

Here's what's gone down so far -- Hart took to Twitter this morning to say his current girlfriend, Eniko Parrish, had nothing to do with his divorce from Torrei Hart ... after Torrei accused Kevin of being unfaithful with Parrish during their marriage.

Now Torrei tells us Kevin is simply lying ... claiming he was with Parrish when Torrei and Kevin were still married. She says, "Our divorce was finalized two years ago and we were only separated eight months prior to the divorce.

She adds, "Despite what Kevin has said, and the time frames he is trying to establish, she was his mistress and was one of the reasons that broke up my family."

Torrie also says Kevin should not discuss their personal matters on Twitter -- "Show some respect, show some compassion, take ownership. Don’t run to Twitter like you’re in 12th grade. Be a grown man, own up to your s***."

That jab is a little rich ... considering the whole feud started with Torrei airing personal matters during a TV interview. 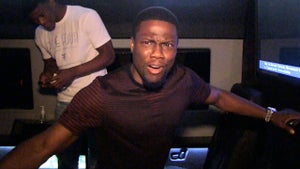 Kevin Hart -- I'm Too Successful to Beef with Mike Epps! 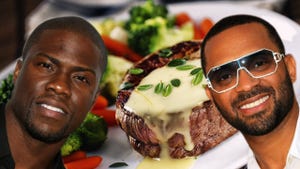