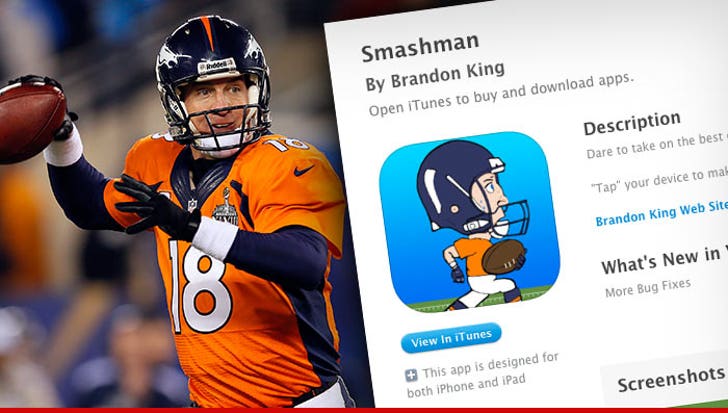 What's bad for Peyton Manning is good for one of his former teammates -- because TMZ Sports has learned an ex-Colts player has created a new iPhone app inspired by Peyton's disastrous Super Bowl performance ... and it's already blowin' up.

King tells TMZ Sports he came up with the idea after watching the Super Bowl -- saying, "It was the most embarrassing game I ever saw him play. I was like let me make an app where it’s almost impossible to score on a defense." 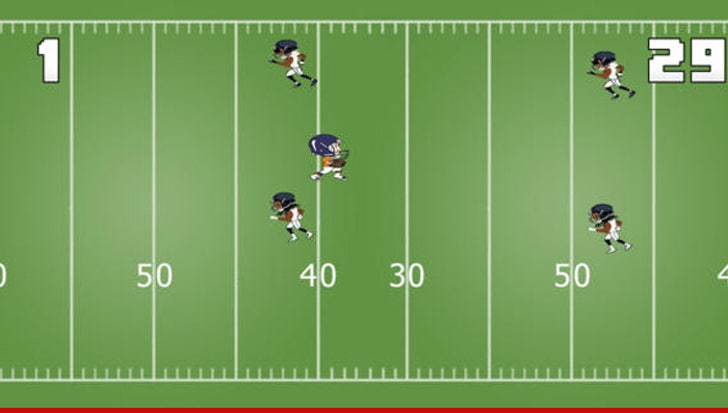 The gameplay is similar to the smash hit smart phone game "Flappy Bird" -- where players repeatedly tap the screen to move the main character upward to avoid obstacles (or enemies).

King says the object of the game is to score 44 points -- one more than the Seahawks scored on the Broncos in the S.B. -- but the ex-NFL player tells us it's nearly impossible.

King says business has been great so far -- with more than 2,000 downloads in the first week of its release.

As far as Peyton's concerned, King says he's not worried about hurting Manning's feelings -- "I think he would probably laugh. If anyone could laugh at it, it would be him."