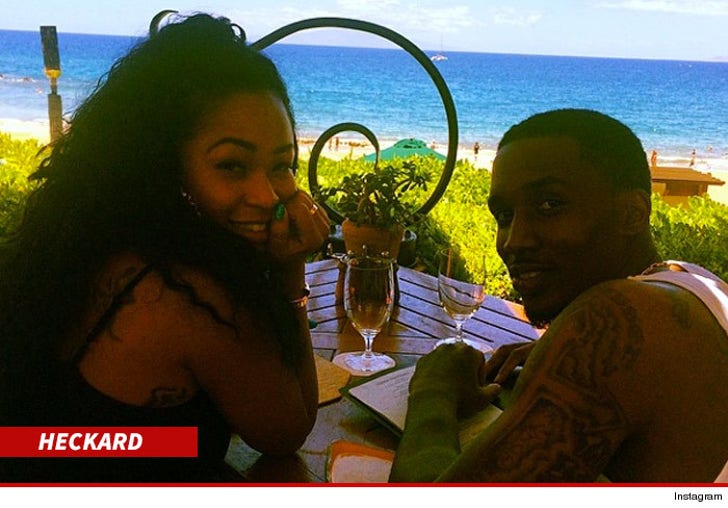 NBA star Brandon Jennings is one step closer to marrying girlfriend Lashontae Heckard -- because the ex-video vixen has filed papers to END her domestic partnership with another woman ... TMZ Sports has learned.

There are rumblings that Jennings and Heckard are engaged -- but fact is, Heckard can't legally tie the knot until she terminates her relationship with a woman named Monique Blanton ... who she domestically partnered up with back in 2008.

According to court docs filed in L.A. County Superior Court, Lashontae took Monique's last name -- so, their relationship appears to have been more than just a way to save on taxes.

Either way, Tae notes in legal docs that she and Monique separated in 2011 ... citing irreconcilable differences.

In the docs, Tae checked the box to legally restore her last name to Heckard -- clearing the way to become a Jennings ... if, in fact, she and Brandon trade "I dos."