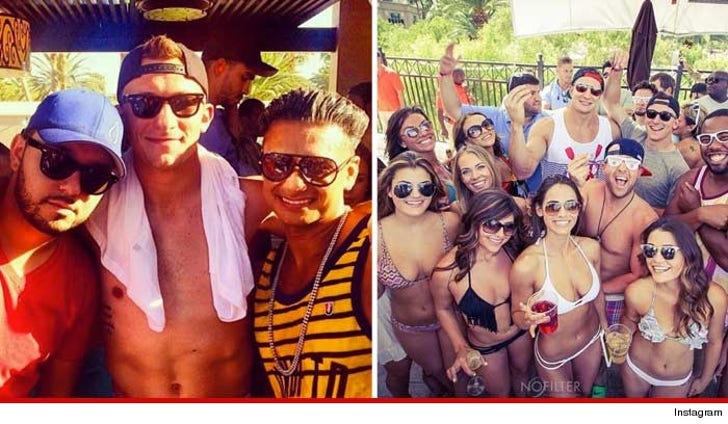 Johnny Manziel is a multi-tasker ... at least according to him ... telling all of his anti-partying critics to back the hell off because it's possible to study the Browns playbook WHILE raging in Vegas.

Manziel went WILD in Sin City over the weekend -- fist-pumping with Pauly D, chasin' bikini-clad women with Rob Gronkowski and sprayin' champagne in the clubs!

But he also found time to brush up on his playbook ... allegedly ... because after the haters came out and questioned his decision-making (now that he's competing for a starting job) ... Johnny instagrammed a pic of the Browns playbook with the following message:

"Guess it's impossible to enjoy the weekend and study?" 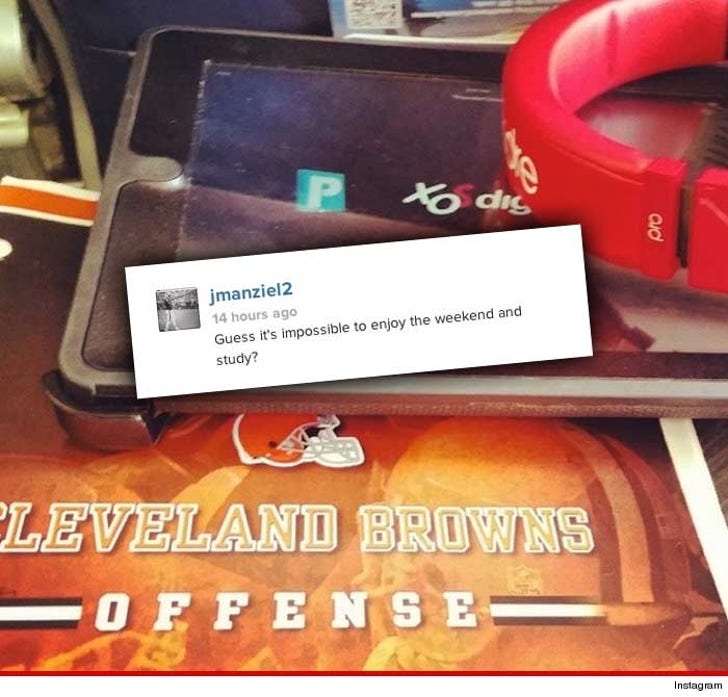