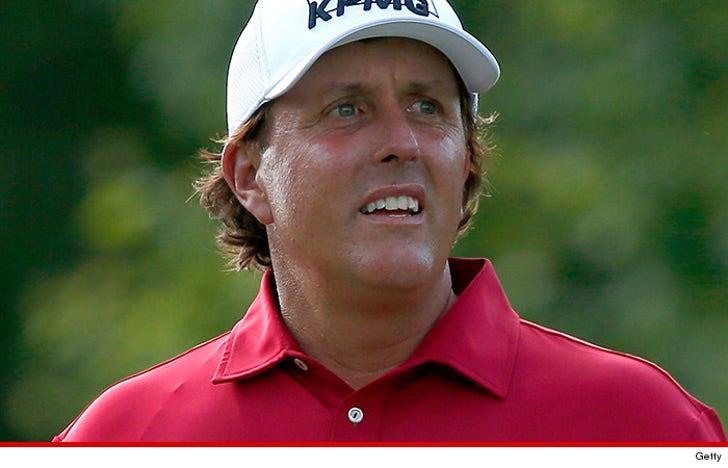 Golf superstar Phil Mickelson says he's NOT the target of an FBI investigation into allegations of insider trading ... despite reports to the contrary.

After reports surfaced that federal investigators are looking into his trading history to see if he was involved in any Martha Stewart-esque style illegal activity over the past 3 years, Mickelson's lawyer issued a statement saying Phil is not n the FBI's crosshairs.

"Phil is not the target of any investigation, "Mickelson's attorney Glenn Cohen said.

But something doesn't add up ... according to the Wall Street Journal, two FBI agents approached Phil after a round of golf in Dublin, Ohio on Thursday ... and FBI agents don't just track you down for no reason.

The WSJ reports the feds believe Phil -- along with investor Carl Icahn and famous Vegas gambler Billy Walters -- may have "traded illicitly on non-public information from Mr. Ichan about his investments in public companies."

A lawyer for Icahn also said his camp does not know of any investigation.