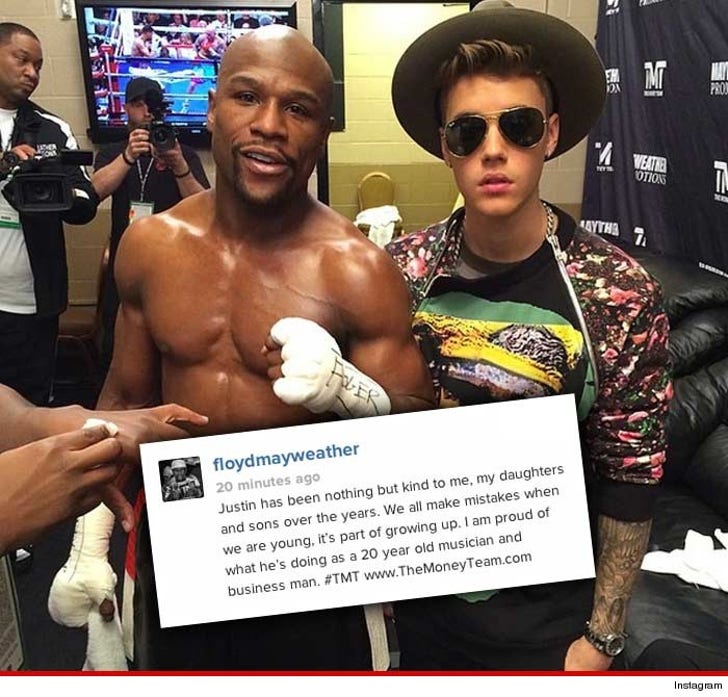 Floyd Mayweather is going to bat for his friend Justin Bieber -- saying he still SUPPORTS the pop star despite footage that surfaced this weekend showing a 15-year-old Bieber saying the N-word while telling a racist joke.

Floyd -- who's been friends with JB for years -- posted a recent photo where he's posing with Justin and wrote a pretty strong statement explaining why he's got Justin's back:

"Justin has been nothing but kind to me, my daughters and sons over the years," Floyd said ... adding, "We all make mistakes when we are young, it’s part of growing up"

"I am proud of what he’s doing as a 20 year old musician and business man. #TMT"

Justin has since apologized -- saying, "Five years ago I made a reckless and immature mistake and I'm grateful to those close to me who helped me learn those lessons as a young man."