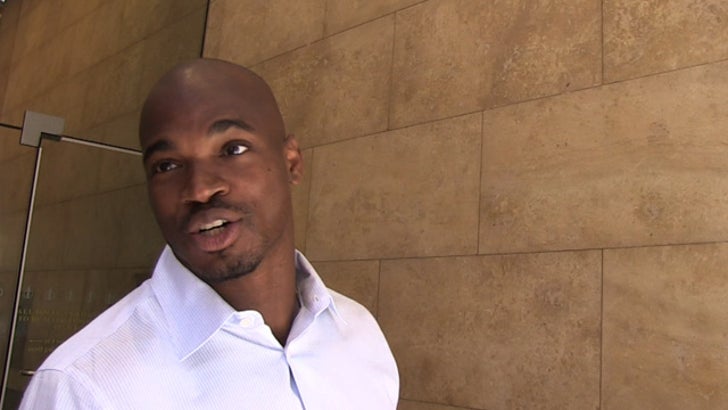 Sure, the network may be geared toward women ... but the NFL superstar tells TMZ Sports there's one Lifetime show his girl forced him to watch ... and it actually grew on him.

Don't worry -- it's not the Tori Spelling show.

FYI -- Peterson is out in NYC doing promotional work for EpiPen ... an emergency medical device he actually had to USE back in 2012 when he had a bad allergic reaction to shellfish.