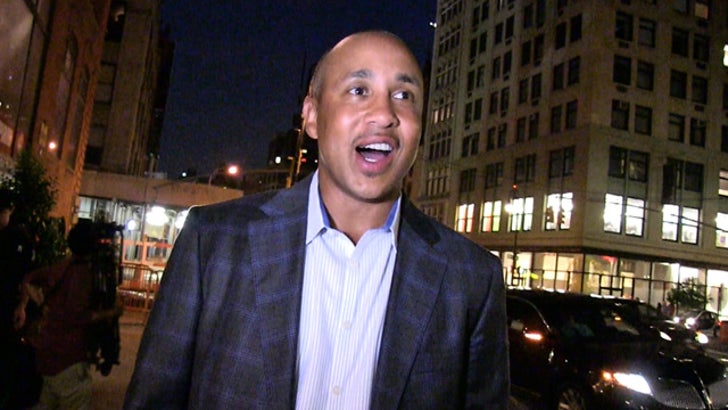 Patrick Ewing had some weird superstitions that he would follow before EVERY Knicks game ... so says former teammate John Starks.

Starks says one of the most bizarre pre-game rituals that Ewing refused to break was a NO-AUTOGRAPH policy until the game was over.

"You could be on your death bed, he still wouldn't sign autographs before the games," Starks says.

John -- who's now running a whole bunch of companies in his post-NBA career (including a pizza biz, shoe company and clothing line) -- says Ewing had other superstitions, one regarding his shoes.

Starks also talked about his legendary feud with Reggie Miller -- and says despite the heated rivalry -- and the famous headbutt -- the two left their beef on the court ... and now have a friendly relationship.