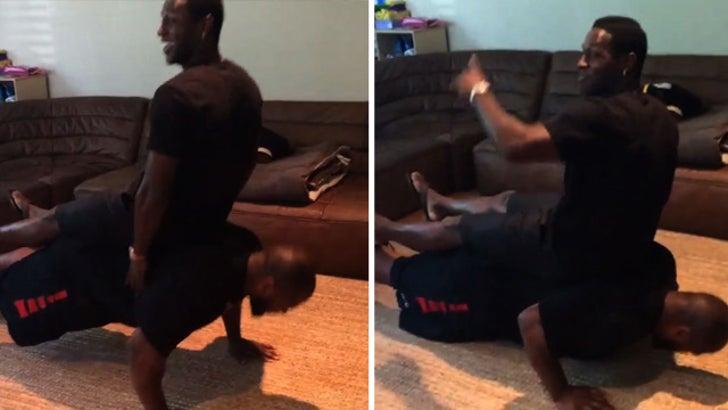 NFL strongman James Harrison is clearly sick of lifting weights ... so he's resorted to lifting former teammates instead -- banging out push ups with NFL star Antonio Brown on his back.

Harrison -- who's currently a free agent -- asked his former Pittsburgh Steelers teammate to sit on his back while he banged out push-ups like it was no big deal ... once again proving he's way stronger than us normies.

So if the NFL doesn't come calling this season, at least James might have a future giving out pony rides. Yay?!