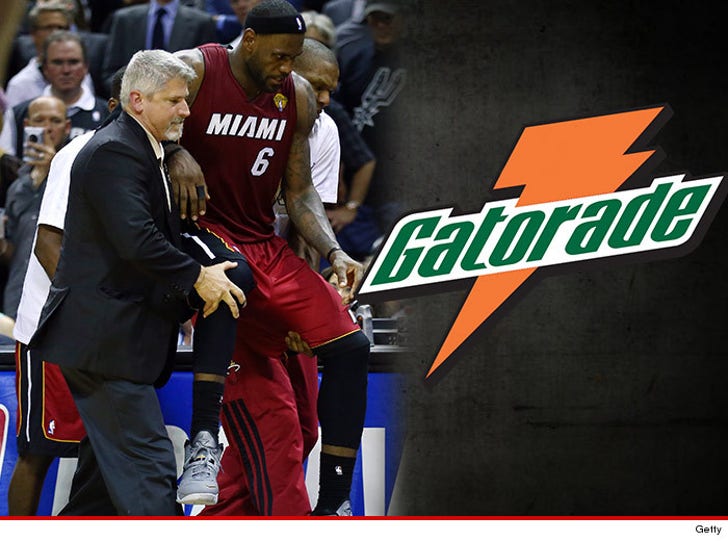 Gatorade is thirsty ... for a fight -- because last night, the sports drink was talkin' serious SMACK to LeBron James after the NBA star left the game with leg cramps.

Moments after King James was carried off the court like he was dying in San Antonio ... Gatorade went to Twitter and unleashed its inner troll on LeBron, who happens to be a Powerade guy.

"The person cramping wasn't our client. Our athletes can take the heat," Gatorade posted.

When someone asked, "WHERE WERE YOU WHEN LEBRON NEEDED YOU????" ... Gatorade replied, "we were waiting on the sidelines, but he prefers to drink something else."