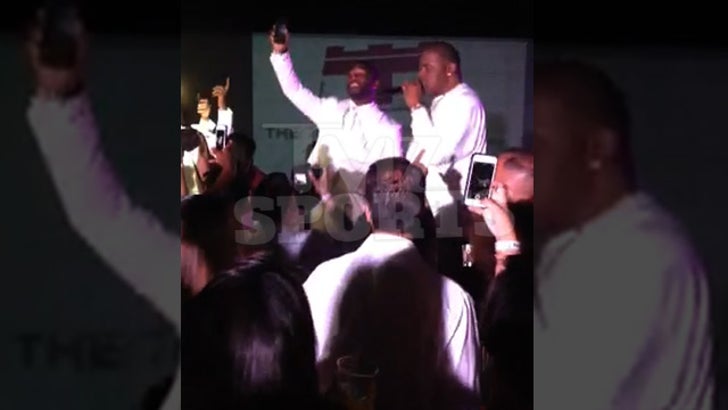 Pierre Garcon took it all the way back to 1989 this week ... busting out a live version of "Just a Friend" with rap legend Biz Markie ... and TMZ Sports has the footage.

The Washington Redskins wide receiver was hosting an event for The Boys & Girls Club of Greater Washington when he got on stage with Biz and belted out his biggest hit ... while a pumped up crowd including many of his Redskins teammates and NBA Superstar John Wall sang along.

The All-White clothing party raised more than $100k for TB&GC ... so, nice work!