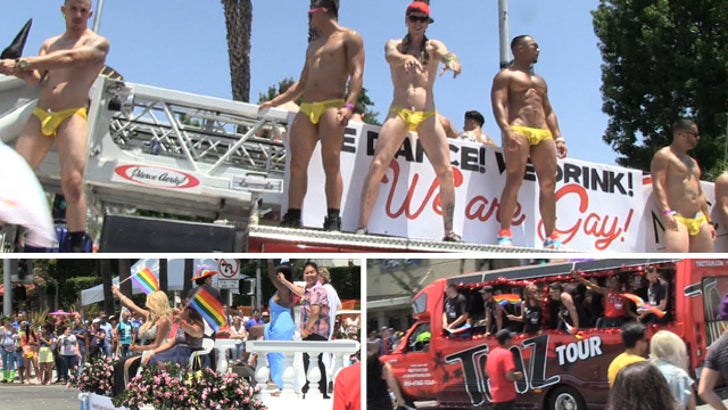 Coldplay loving drag queens and half-naked guys in firefighter outfits were just some of the L.A. Pride Parade highlights on Sunday ... and the TMZ Tour Bus had a front row seat.

The parade has been raging for hours and for those of you missing out -- we got some choice footage of the best floats and costumes.

Promoters say more than 400k people were expected to attend the event -- making it the largest gathering ever of gay, lesbian, bisexual and transgender people in Southern California.

We also shot the girls from "Famous in 12" at the parade -- TMZ's experiment to see if a family desperately seeking fame can move to Hollywood and achieve their goal in 12 weeks -- and they said the event has been a blast. 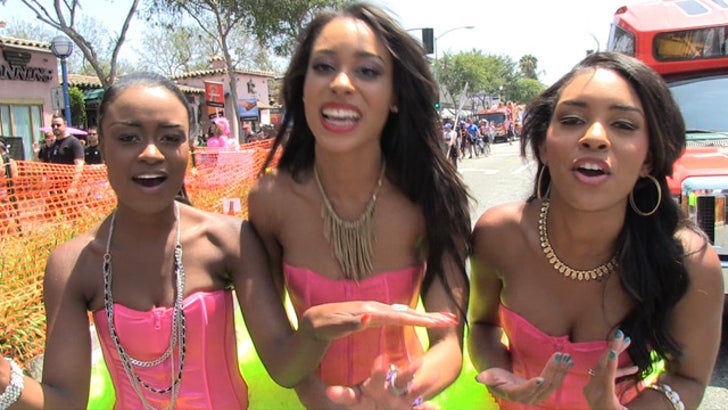 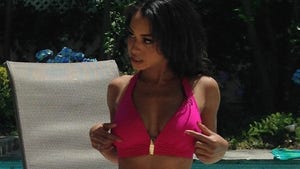 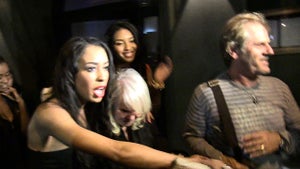