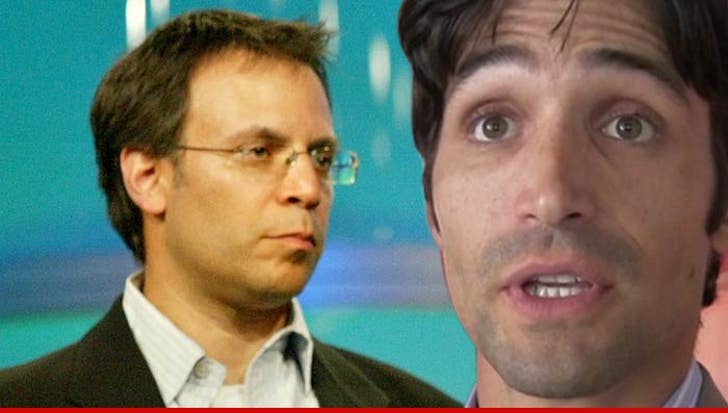 The 31-year-old man who DROPPED his sexual assault case against former Disney exec David Neuman has now refiled the case with some significant changes ... changes that are just plain weird.

Michael Egan held a news conference in April to publicly skewer Neuman, claiming Neuman repeatedly molested him when he was a teenager, at pool parties in L.A. and on vacation in Hawaii.

Egan's lawyer, Jeff Herman, filed the lawsuit in Hawaii because of a forgiving statute of limitations, but then without explanation dropped the lawsuit last week. It probably had a lot to do with the fact that Neuman busted Egan, who signed a sworn declaration in 2003 saying Neuman NEVER did anything inappropriate with him.

But now Egan has filed another lawsuit -- this time dropping all the Hawaii allegations and focusing on allegations of molestation at L.A. pool parties.

In a bizarre move ... Egan doesn't name Neuman in this lawsuit ... he calls him John Doe. But it's clear he's referring to Neuman. The suit refers to Neuman's position at Disney -- there's no doubt it's him.

And get this ... Egan admits he signed that 2003 declaration saying Neuman did nothing inappropriate, but says he signed it "under fear, threats, and duress." The reason that's so weird -- at the very same time Egan signed it, he was on the attack against 3 other men making the same allegations.

Neuman's lawyer has called Egan's tactics a smear campaign and a shakedown of an innocent man.