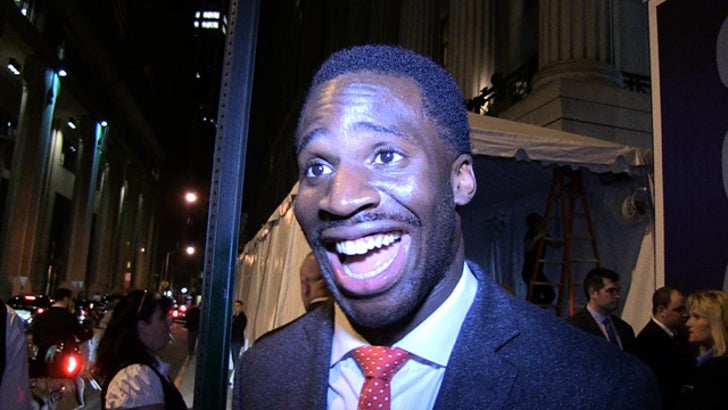 It pays to be thin ... at least if you're on the NY Giants -- because if players are overweight, they're fined $500 PER POUND ... so says one of the team's star defensive backs.

TMZ Sports spoke with Prince Amukamara on the way out of an event at Cipriani Wall St. last night -- and he told us about the special diet rules the G-Men have to follow.

"Everyone has to meet a certain weight requirement ... and if you are overweight you get fined like $500 a pound."

And why not? Well, you just gotta hear his answer ... pretty hilarious.