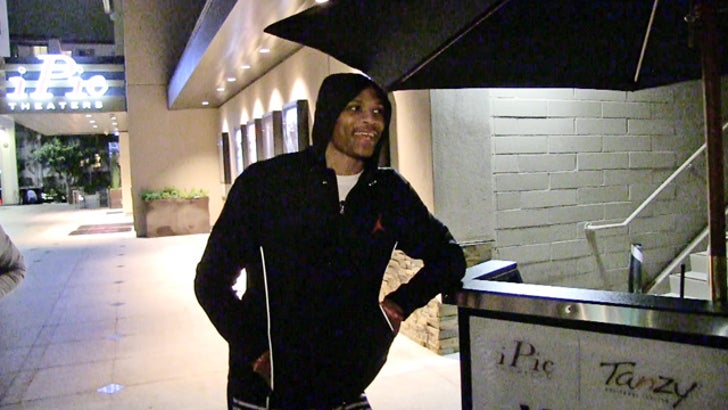 OKC Thunder superstar Russell Westbrook doesn't care if his teammates wear his underwear -- in fact, he's ALL ABOUT IT!!

Of course, R.W.'s talking about his brand new undie line that's about to drop on Father's Day -- and while leaving a movie theater in L.A. last night, he told us his whole team is gettin' hooked up with free drawers (which should make Kevin Durant happy).

As we previously reported, Russell's got a deal with Kings and Jaxs for his own line of undies called "Why Not?" Russ started as a model for the brand before branching out with his own design. 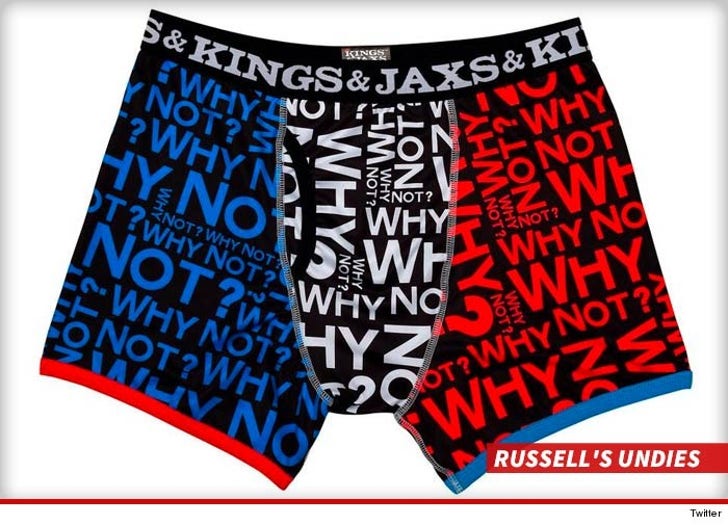 Bonus -- we also asked Westbrook how he feels about teammate Derek Fisher getting the head coach job with the NY Knicks ... and SHOCKER, he's super happy for the guy.