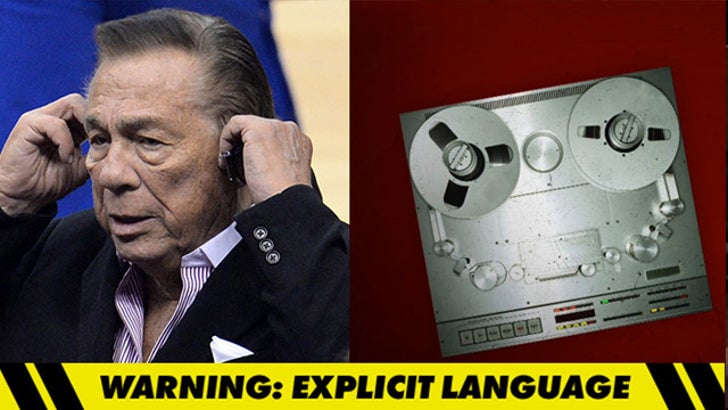 12:08 PM PT -- Submitting the voice mails in court didn't help Shelly's case -- the judge just rejected her request for an injunction against Donald and his attorneys.

Donald Sterling went NUCLEAR on one of the psychiatrists who performed medical tests on him recently ... leaving the guy a NASTY voice mail ... cursing him out and calling him a "tramp."

TMZ Sports has obtained a recording of the voice mail Donald left for Dr. James Spar -- in which he explodes at the doctor, who had determined he was mentally incompetent:

During the rant, Sterling vows to call UCLA and have the doctor fired immediately.

Sterling left a second voice mail -- for the other psychiatrist who evaluated him -- and ripped her too:

"You released my medical records of my head to a law firm without my permission. And you came in and you purported to examine me and you never told me anything about it."

Sterling continued, "You're nothing but a fraud and liar and a cheat and I'm gonna see that you lose your license ... and I'm suing you for conspiracy!"

As we previously reported, both doctors submitted their evaluations of Sterling saying he is "suffering from cognitive impairment, secondary to primary dementia, Alzheimer's disease" and is unfit to run the business affairs of the L.A. Clippers.

Shelly Sterling's lawyers used the voice mail in court today to show that Donald has become menacing and harassing.