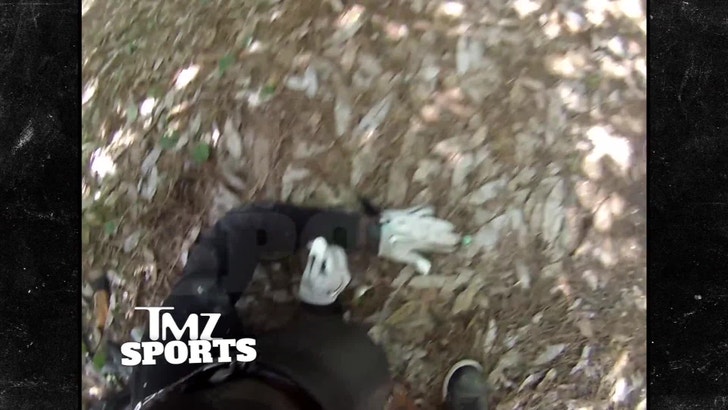 It's all fun and games until someone gets shot in the face ... just ask New Orleans Saints running back Khiry Robinson who took a pellet to the grill during a paintball outing last week ... and TMZ Sports has the dramatic (hilarious) video.

It all went down this week at Paintball Command in Mandeville, LA where the Saints -- including QB Drew Brees and head coach Sean Payton -- gathered for a team-building paintball outing.

The video is pure hilarity, showing Khiry woofing and talking trash Tony Montana-style ... only to end up like Tony did -- on his back.

You can hear staff member Angel Santiago SCREAMING for everyone to stop shooting once he realizes Khiry got blasted -- and you can see the paint all over Robinson's face.

But don't worry ... we're told Khiry wasn't hurt at all -- and got back to paintballing right away.

For the record, we're told only one player complained about the pain from getting shot by a paintball -- Thomas Morstead ... who happens to be the kicker.