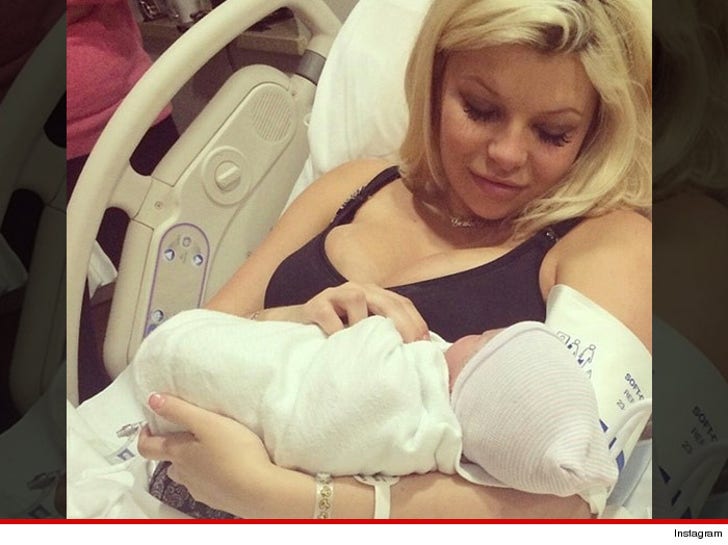 The woman claiming NFL star Arian Foster knocked her up and then tried to force her to have an abortion has welcomed a baby boy into the world ... and she claims he looks just like daddy.

Brittany tells us, "he's perfect." And she wants to make this clear ... the kid looks "identical to my biological father's baby pictures."

TMZ Sports broke the story ... Brittany sued Arian for refusing to pay her medical expenses. Brittany claims when he found out she was pregnant he tried to strong-arm her into getting an abortion.

For his part ... Arian hasn't acknowledged he's the father ... and claims to have recordings proving Brittany is lying about the abortion.

Sources close to the Houston Texans star tell us Arian's aware of the birth.