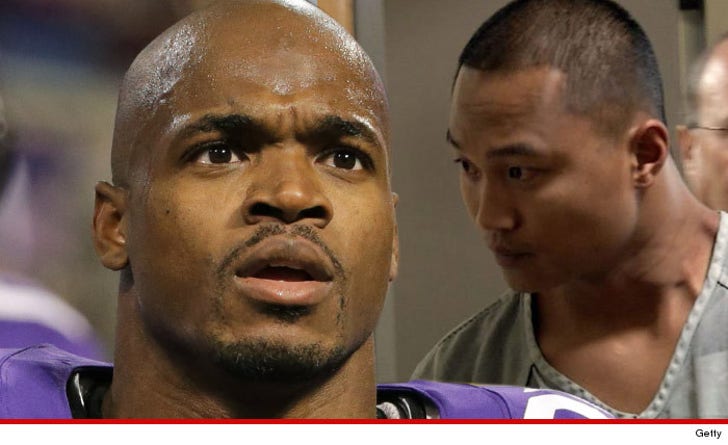 The man suspected of killing Adrian Peterson's 2-year-old son last year has been ARRESTED -- after officials say he kidnapped the child's mother and attacked her.

The suspect is 28-year-old Joseph Robert Patterson -- who was charged with murder and child abuse for allegedly beating Peterson's son Tyrese to death in October 2013.

Patterson had been free on the murder charge on $750k bond -- and was under instructions to NOT contact the child's mother or anyone else in the family.

But Patterson apparently ignored the instructions -- and kidnapped the child's mother. Cops in Sioux Falls, South Dakota say they responded to a call early Tuesday morning.

Patterson was apprehended -- and has since been charged with kidnapping, two counts of aggravated assault, interference with emergency communications and third-degree burglary.

He's due in court later today.

The judge set bond for Patterson at a million dollars cash. During the hearing, the Minnehaha County state's attorney said that Patterson knocked the victim unconscious and held her captive for more than an hour. He added that the victim had visible injuries on her neck. 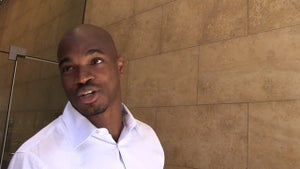 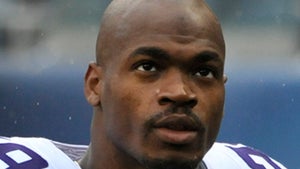 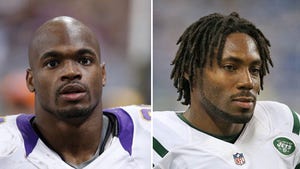 Adrian Peterson vs. Antonio Cromartie -- Who'd You Rather?