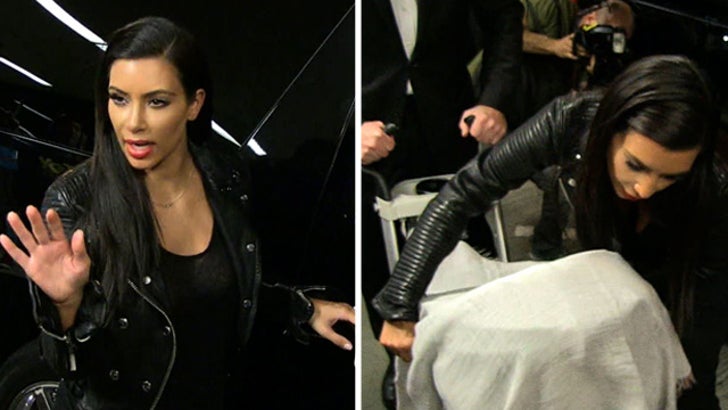 Kim Kardashian is a master at spin ... showing the world she protects her kid in airports and on airplanes.

Kim showed up to LAX last night with North West, and displayed her baby in grandiose fashion, asking photogs for space because the kid was taking a snooze.

We're guessing it's not coincidental ... just last week North West flew coast-to-coast without Kim ... who took an earlier flight home. North was in the care of an entourage of hired help, but people criticized mommy for not taking the same plane.

Check out the video ... it's klassic Kardashian. 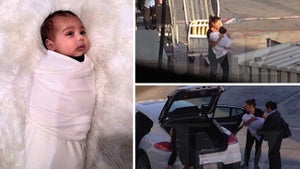