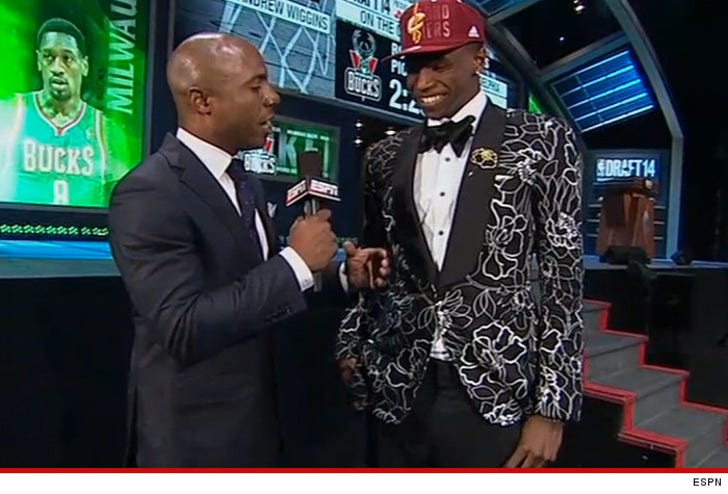 It's the suit you can only wear once ... and Andrew Wiggins know it -- because we're told the #1 pick in the NBA Draft could be donating the famous threads he wore last night for charity.

The suit was all the rage at the Draft at the Barclay Center in Brooklyn on Thursday -- with ESPN correspondent Jay Williams so impressed, he stole a line from "Coming to America" when talking to Wiggins ... "What is that, velvet?"

Now, after hearing rumblings that Wiggins could be auctioning off the outfit to the highest bidder to benefit a charity -- a rep for the Cleveland Cavs player tells TMZ Sports, "It could happen."

So, if you're 6'8" and around 197 lbs ... and have a whole lotta extra cash laying around -- stay tuned -- you could be the next proud owner of the most swagged out flowery suit in NBA history.