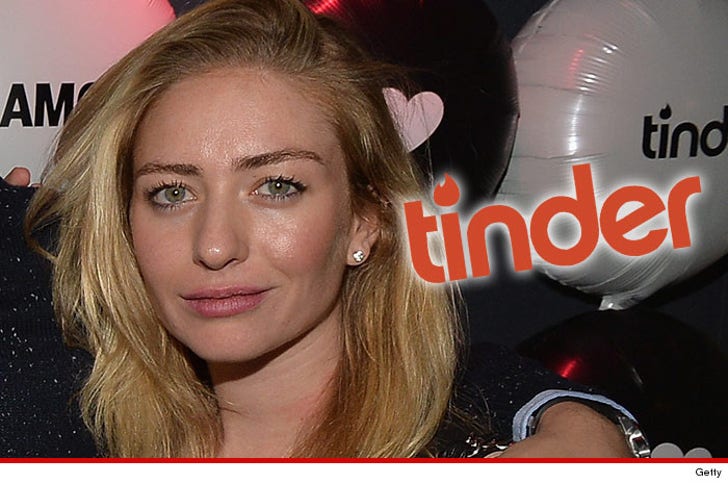 A former honcho at Tinder is suing the company she co-founded ... claiming her co-founders acted like frat boys and called her a whore.

It's pretty ironic -- Tinder is an online dating app best known for hooking people up who want to bang.

But Whitney Wolfe claims in a new lawsuit -- obtained by TMZ -- she was mercilessly brutalized by the other execs who wanted to remove her title because no one would take a site like Tinder seriously if they knew it was founded by a 24-year-old chick.

Wolfe says one of the execs made a romantic play for her and she eventually dated him ... but it didn't end well and she claims he then waged a harassment campaign against her. She says he called her a whore in front of the CEO, imploring her not to look at him with "her ugly eyes."

She says the guy also texted her when he found out she was interested in someone else, saying, "I will s**t on him in life. He can enjoy my leftovers." She says she was also talking to some Muslim men and he texted her, "You prefer to social climb middle-aged Muslim pigs that stand for nothing."

And Wolfe says the guy referred to one of her girlfriends as "a liberal, lying desperate slut."

She says she was fired in retaliation.

Maybe there's an opening at Grindr.

5:45 PM PT -- Tinder says it immediately investigated Wolfe's claims and suspended the exec who sent her private messages "containing inappropriate content." However, a spokesman for the company says Wolfe's allegations about the rest of Tinder's management are baloney.