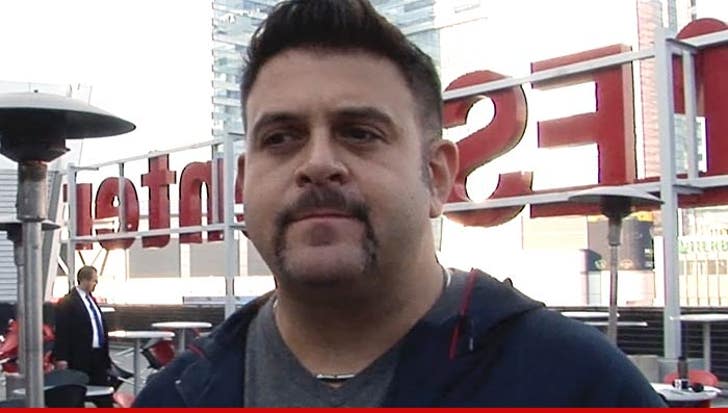 Adam Richman's new show on the Travel Channel just got yanked in the wake of his rant over the term "thinspiration" ... the one where he encouraged a hater to commit suicide.

The cable channel just announced it's postponing the premiere of Richman's "Man Finds Food" -- but hasn't said exactly when it will air ... leading many to believe it could be done for good.

Richman -- who recently lost 70 lbs. -- came under fire for posting an Instagram pic with "#thinspiration.' Online trolls jumped on him for using the term -- claiming it's only associated with people suffering eating disorders.

Adam responded to one critic with ... "Grab a razor blade and draw a bath. I doubt anyone will miss you."

Travel Channel didn't specifically say the suicide taunt was behind the postponement.

Richman apologized this morning, saying ... "I’ve long struggled with my body image and have worked very hard to achieve a healthy weight. I’m incredibly sorry to everyone I’ve hurt.”

NBC also announced it WILL go forward with another Richman show -- "Food Fighters" -- later this month.