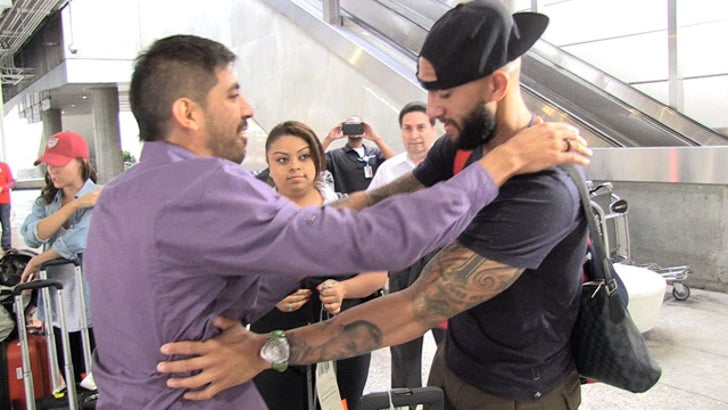 Tim Howard's defense is still IMPENETRABLE ... throwing a QUICK BLOCK on an overzealous fan who tried to get too close at LAX ... and TMZ Sports caught the whole thing on video.

The Team USA goalie had just arrived back to Los Angeles ... when he was bombarded by super-excited soccer fans who showered the superstar in praise.

He signed autographs ... he shook hands ... but when one random dude went in for a hug -- that's when Howard broke out those cat-like reflexes ... and made sure the guy kept his distance.

It's just like President Obama predicted when he spoke to Howard on the phone ... where he told him straight up -- "I don't know how you're gonna survive the mobs when you come back home man ... you're gonna have to shave your beard so they don't know who you are!" 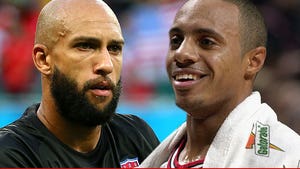