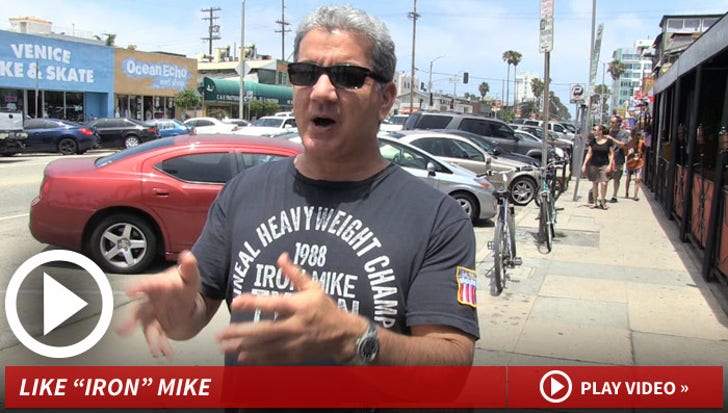 The 5-year-old boxing phenom who EXPLODED on YouTube isn't just fun to watch -- the kid has the potential to be the next Mike Tyson ... so says someone who would know, UFC star Bruce Buffer.

The fighter-in-training is Nijee "The Future" -- and footage of the kid training with his dad a few weeks ago skyrocketed to 292,000 views on YouTube.

Bruce -- who's been the UFC ring announcer for years and knows what it takes to win in the ring -- tells us the footage blew him away ... "He's like a 2-foot tall Mike Tyson!"

Buffer says the kid's form is incredible -- and if he truly has a passion for the sport as he gets older ... "He'll be a force to be reckoned with."