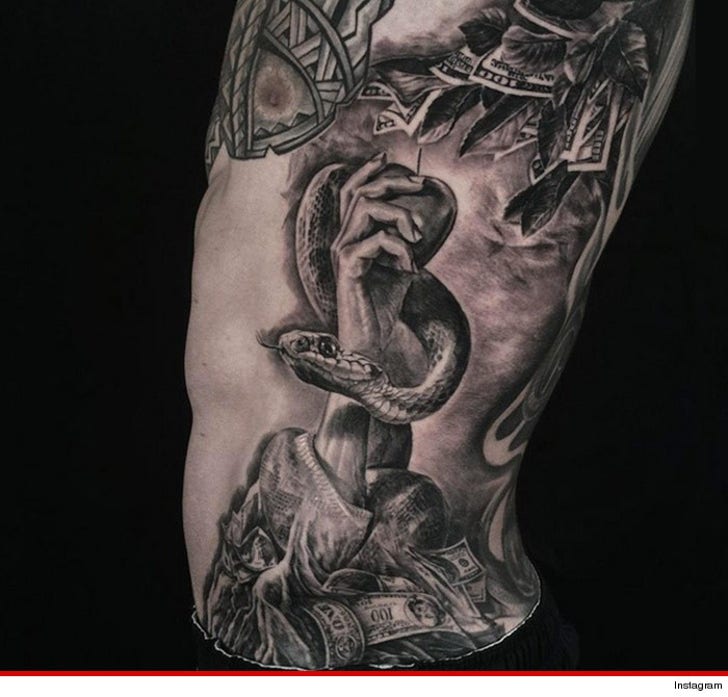 SF 49ers quarterback Colin Kaepernick -- who just signed a $126 MILLION contract -- just got a brand new tattoo that symbolizes how EVIL money can be.

Kaepernick just posted a photo of his new ink on Instagram ... which shows a pile of money attached at the root of a tree ... with an arm, constricted by a snake, reaching up while holding an apple.

The image appears to be biblical in nature -- with the snake and apple representing the evil temptation in the Garden of Eden from the story of Adam and Eve.

Colin included a caption with the photo that reads, "Money is the root of all evil! Amazing work by @carlostorresart #WhatWouldYouDoForSomePaper #WhatAreYouReallyAbout."

Of course, it's probably no coincidence that Colin got the tat after signing his mega-deal -- one of the richest contracts in the NFL.

We're guessing it's one of those "reminder" tattoos to keep him grounded.