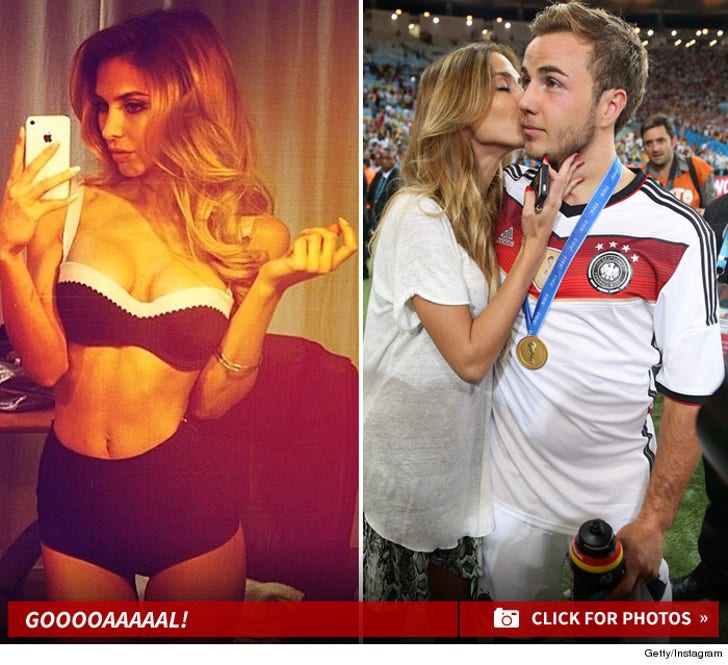 Mario Gotze was a winner even BEFORE he hit the golden goal for Germany in the World Cup final yesterday ... at least, judging by his super hot German girlfriend.

The 22-year-old soccer legend (who's now a GOD in Germany) has been dating Ann Kathrin Brommel -- an aspiring model and singer.

Here's what we know about Ann -- she's 23-years-old, she's been dating Mario for roughly 2 years and Mario raced over to give her a kiss after he hit the winning shot.