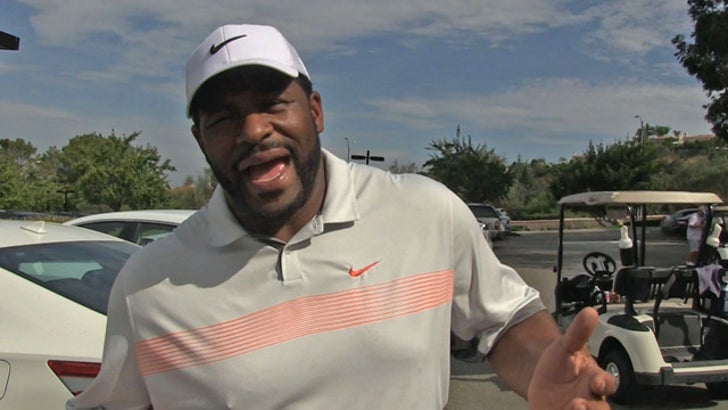 Jerome Bettis is calling BS on people who say Hines Ward's decision to get married at Hines Field will take away from his bride's special day ... telling TMZ Sports no matter where they get hitched, it's ALL ABOUT HER!

Bettis was at the Alex Thompson Foundation's Celebrity Golf Classic in L.A when he told us he'll be one of the guests when his former Steelers teammate ties the knot in Pittsburgh later this month.

And while some people have been critical about the wedding location, saying it takes the attention away from the future Mrs. Ward ... Jerome says it may have been HER decision in the first place.

For the record -- pretty cool if it was.

Check out the clip -- Jerome makes it clear Hines knows where his priorities lay on his wedding day.