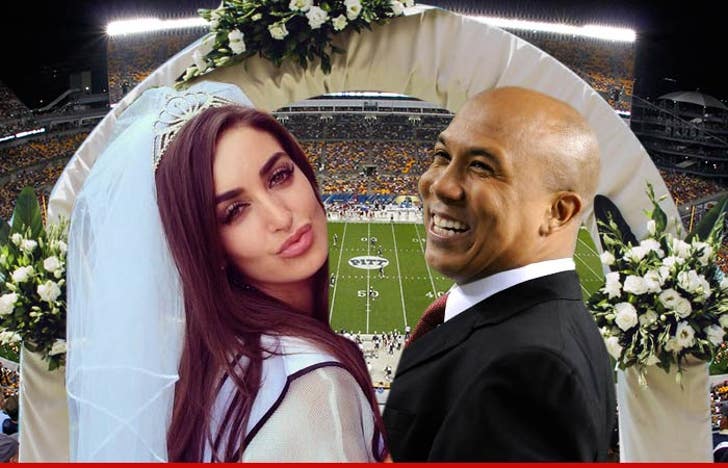 How's this for the perfect wedding venue -- Pittsburgh Steelers legend Hines Ward is getting married AT HEINZ FIELD ... TMZ Sports has learned.

We know ... the 38-year-old Super Bowl XL MVP is all set to tie the knot with his fiance Lindsey Georgalas next month ... and we know the ceremony will go down on the same field where he became an NFL superstar.

Multiple wedding experts in the area tell us ... most weddings (especially higher-end weddings) will rent out bigger spaces ... which usually cost between $35k and $40k.

It's unclear if Heinz will actually send Hines a bill -- considering all the work he did at the stadium ... we're guessing at the very least, he'll get some sort of "I'm a Steelers legend" discount.

As for the couple, they've been dating since 2012. It'll be Ward's second marriage.