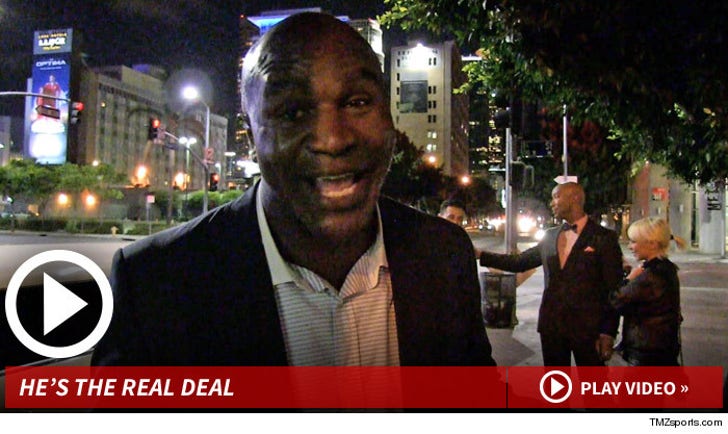 Evander Holyfield has fought some of the toughest men to ever step in the ring ... Mike Tyson, Lennox Lewis, Riddick Bowe -- so who punches the hardest??

The Real Deal was out in L.A. last night when he told us ... when it comes to punching power, there's one boxing legend whose fists are simply superior to everyone else.

For the record, Holyfield won the fight he's talking about but his opponent went on to make A LOT more money ... in the food industry.