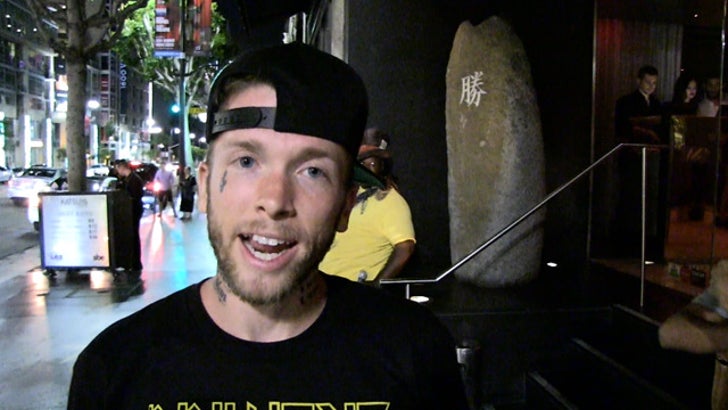 Pro skater Jereme Rogers says he recently did 70 DAYS in L.A. County jail -- and it ain't like "Orange is the New Black" -- telling TMZ Sports he had to "run with the Woods" to avoid getting his ass kicked.

Rogers was arrested after a nightclub brawl back in April and during the bust he says officials noticed some "traffic stuff" on his record and he was sentenced to serious time behind bars.

Rogers says he was serving his time at the same time as Chris Brown -- but says the singer was in protective custody ... while he was with the "mainline" population.

During his stint, Rogers says he learned some hard truths about lockup -- including the fact it's seriously segregated inside ... telling us he had to align with the white people (aka Peckerwoods) ... "otherwise you get f**ked up man."

And get this -- Rogers says there's still one HUGE CELEB who went through L.A. County jail who made such a big impression, the guards still talk about him.

Check out the clip to find out who it is.