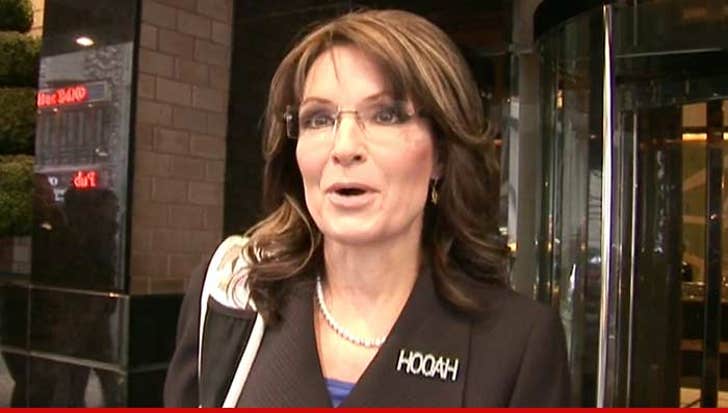 Sarah Palin may be conservative, but her driving is unabashedly radical ... giving TMZ an epic rationalization for speeding in her pick up truck in Alaska.

The former guv was stopped in her hometown of Wasilla last Wednesday for going 63 in a 45 MPH zone in her Toyota Tundra. The cop wrote her up and she was on her way.

Palin cops to the crime, telling us, "I wasn't speeding, I was qualifying." She didn't accept full blame, saying Sammy Hagar's, "I Can't Drive 55" on the oldies station contributed to her lead foot.

Hopefully a big black and white won't crush her groove next time.