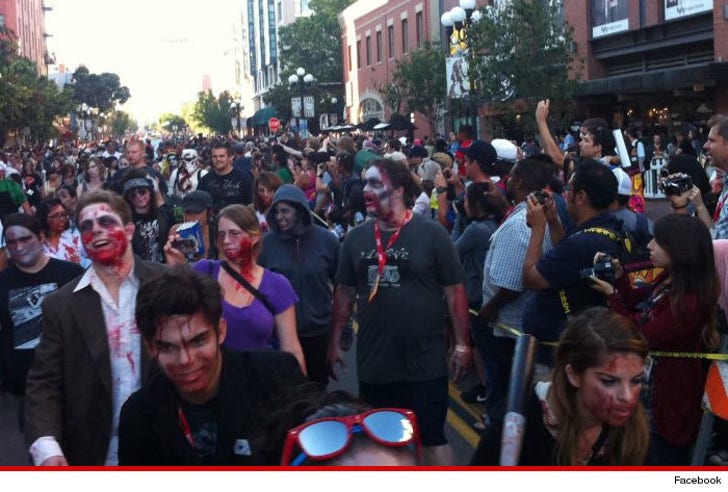 The zombies in the annual march outside of Comic Con say the guy who ran someone over is lying to police ... because his claim about undead walkers attacking before the accident is total crap!

According to eyewitness -- who look like "Walking Dead" extras -- the driver was trying to get through the mob of people while honking his horn and yelling he had somewhere to be.

We're told two spectators sat on the driver's hood in protest -- but they weren't zombies -- and the car lurched forward -- presumably to scare them off.

The other guy on the hood became angry and started punching the driver's windshield -- so the car drove off ... accidentally hitting the victim and rolling over her arm in the process.

As we previously reported ... police say no arrests have been made, but they're investigating. 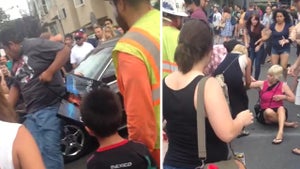